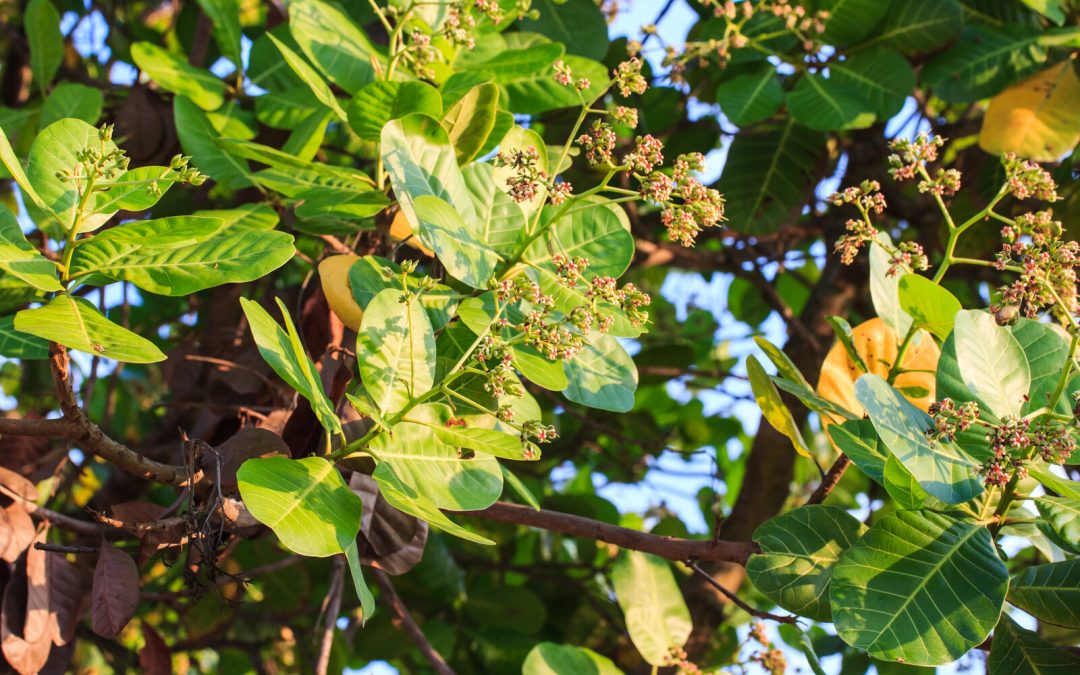 Can chewing cashew gum help with your reflux symptoms?

However, recent studies have associated PPIs with serious side effects and not all patients respond satisfactorily to PPIs.

Our blog series on natural remedies takes a look at some of the alternatives people use to help with their reflux and digestive symptoms, including heartburn and indigestion.

In Part One, we addressed Liquorice and Apple Cider Vinegar, then Slippery Elm and Kefir in Part Two, Aloe Vera and Manuka Honey came under the spotlight in Part Three, Ginger and Baking Soda in the fourth instalment and Part Five on Melatonin.

In this blog, we take a look at Cashew Gum.

What is cashew gum?

Cashew gum is obtained from the cashew tree (Anacardium occidentale) – a tropical evergreen tree abundant in the north-east of Brazil.

The natural polymer is a nontoxic acidic polysaccharide complex and has been previously used as an alternative for synthetic adhesive and in cosmetics. It has also been reported cashew gum has been used in South America since ancient times for multiple applications, including the treatment of diarrheal diseases.

How is it extracted?

The sticky green-yellow resin is obtained by making slight incisions in the bark, before this ‘exudate’ is purified and solubilised in ultrapure water and ﬁltered through finely porous glass under vacuum.

It is considered to have sustainable appeal because there is no need to deforest any trees, since the resin is obtained in small cuts which in short time regenerate themselves.

How can cashew gum help with reflux?

It is suggested that cashew gum has physicochemical properties suitable for adhesion to living substrates and for improving the inﬂammatory microenvironment in diﬀerent types of mucosa (membrane that lines various cavities in the body and covers the surface of internal organs).

Researchers believe cashew gum has proven emulsifying properties which can provide support to stabilise harmful contents in the reﬂuxate, such as bile acids and injurious enzymes.

What do studies show?

NERD is the most common presentation of gastroesophageal reflux disease (GERD) and is when patients have classic symptoms of GERD in the absence of oesophageal mucosal injury.

Researcher Lucas D. Nicolau, at the Federal University of Ceará in Brazil, says: “Here in Brazil, our biodiversity is pretty huge and we have studied some natural polymers like cashew gum as its protective properties in GERD”.

“This is the first example of a product that displays not only topical protection for the oesophageal mucosa, but also exhibits an anti-inﬂammatory advantage that may be useful in NERD management. These beneﬁts should be further explored in the development of a new topical and anti-inﬂammatory approach as an add-on therapy for NERD and tested clinically in human studies.”

So, should we start eating cashew?

This study’s data does not mean that taking cashew on a regular basis will control a patient’s NERD symptoms but it could lead to a potential treatment for NERD if all the safety and clinical validation studies are completed but this will take many years to complete.