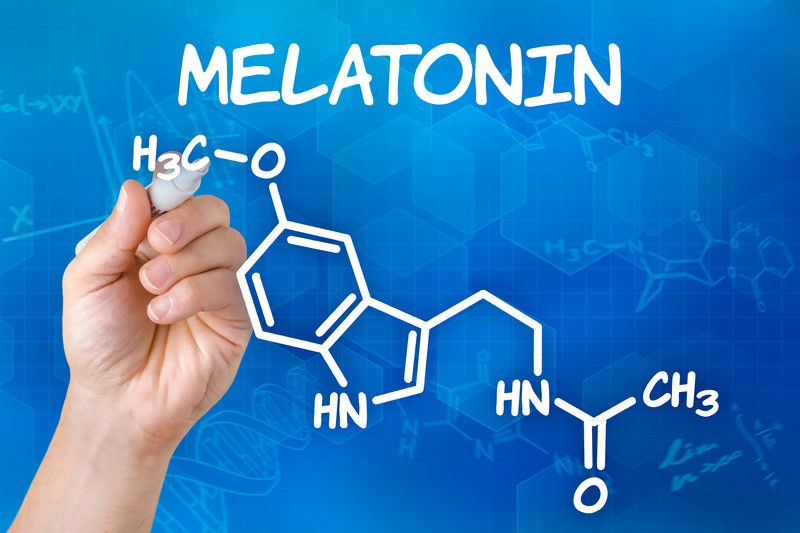 This has led some reflux sufferers to look for natural alternatives to alleviate their symptoms, such as heartburn and indigestion, due to the perception they offer low risk of adverse effects.

Our blog series on natural remedies looks at some of the alternatives people use to help with GORD (gastro-oesophageal reflux disease).

In Part One, Liquorice and Apple Cider Vinegar came under the spotlight, followed by Slippery Elm and Kefir in Part Two, Aloe Vera and Manuka Honey in Part Three and Ginger and Baking Soda in the fourth installment.

In the fifth part of our series, we take a look at Melatonin.

Melatonin supplements – available in tablets, capsules or liquid form – have traditionally been shown to be effective for the treatment of sleep disorders. It is often used for insomnia in children and adults with neurodevelopmental disorders.

But perhaps less known, is that melatonin has been also detected in cells of the gastro-intestinal tract. In fact, according to a 1994 study, the human gastrointestinal tract produces more than 500 times as much melatonin as the pineal gland.

Why is it used for reflux and does it work?

Some reflux sufferers say they take 3mg of melatonin before bed to help relieve their symptoms, such as heartburn. Let’s take a look at the theory behind why this may help.

Several studies have found that the hormone influences physiological functions of the digestive tract, including secretion, motility, digestion and absorption of nutrients.

It has been suggested that melatonin “reduces the amount of stomach acid secreted” and can “help the lower oesophageal sphincter close properly” and prevent stomach contents from refluxing back up. 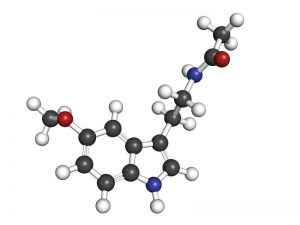 It has also been suggested that the hormone protects against GERD by increasing blood flow and anti-inflammatory molecules in the oesophageal mucous, thus preventing significant oesophageal injury.

In ‘The Potential Therapeutic Effect of Melatonin in Gastro-esophageal Reflux Disease’ study, researchers concluded that it could be used in the treatment of GERD either alone or in combination with omeprazole (proton pump inhibitors).

They suggested that the combination therapy of both melatonin and omeprazole is preferable as melatonin accelerates the healing effect of omeprazole and therefore shortens the duration of treatment and minimizes its side effects.

Is it safe?
Melatonin is generally well tolerated, although adverse reactions, including tiredness, headaches, dizziness, pharyngitis, back pain and irritability have been reported following its use.

In the UK, all forms of Melatonin are prescription-only medicines and are only available from a pharmacy when they have been prescribed by a registered GP. In the US, it is available over the counter.

It’s important to bear in mind that everyone is different and further research is needed to confirm that melatonin effectively treats GERD and that it is safe to take long-term. We would always advise you to speak to your doctor before using any natural remedy.

This website uses cookies to improve your experience while you navigate through the website. Out of these, the cookies that are categorized as necessary are stored on your browser as they are essential for the working of basic functionalities of the website. We also use third-party cookies that help us analyze and understand how you use this website. These cookies will be stored in your browser only with your consent. You also have the option to opt-out of these cookies. But opting out of some of these cookies may affect your browsing experience.
Necessary Always Enabled

Performance cookies are used to understand and analyze the key performance indexes of the website which helps in delivering a better user experience for the visitors.

Analytical cookies are used to understand how visitors interact with the website. These cookies help provide information on metrics the number of visitors, bounce rate, traffic source, etc.

Advertisement cookies are used to provide visitors with relevant ads and marketing campaigns. These cookies track visitors across websites and collect information to provide customized ads.

Other uncategorized cookies are those that are being analyzed and have not been classified into a category as yet.

SAVE & ACCEPT
Powered by