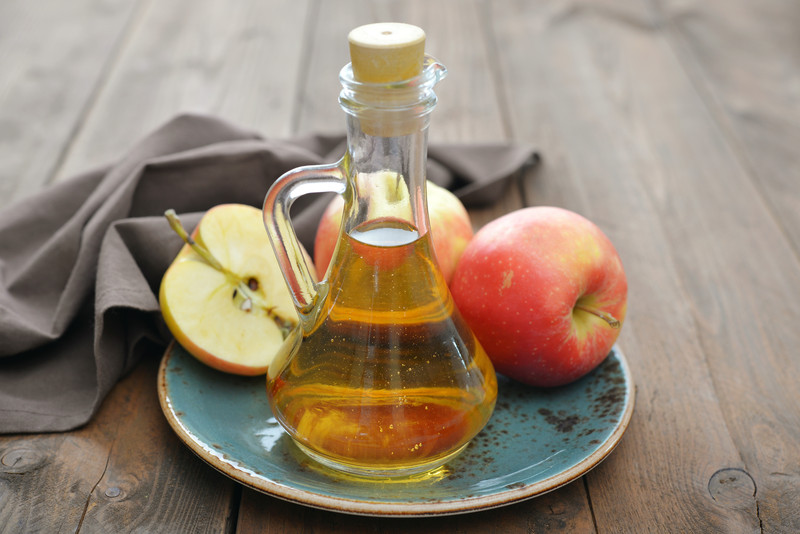 Can Liquorice or Apple Cider Vinegar help with your reflux symptoms?

Many patients will take medication for reflux, such as proton pump inhibitors (PPIs), for long periods of time without understanding the risks.

Liquorice (known as licorice in US English) is a herb that grows in Europe and Asia.

Its sweetness is derived from a substance called glycyrrhizin, the main active compound of liquorice – making up around 10 per cent of the liquorice root dry weight.

Liquorice is available as dried roots, extracts, tablets, capsules, tea and powder. Some people chew tablets containing liquorice or add liquorice powder to water to drink before or between meals and at bedtime.

Why do people eat liquorice for health reasons?

Liquorice has a long history of medicinal use and is often promoted as a natural remedy for helping with digestive complaints and gastrointestinal issues, such as stomach ulcers, heartburn, indigestion and gastritis.

Its constituents have been associated with anti-inflammatory, antioxidant, antiviral, anticancer, hepatoprotective and neuroprotective properties.

The theory is that liquorice ‘soothes inflammation’ and has been described as an ‘effective remedy for inflammation of mucus membranes’. 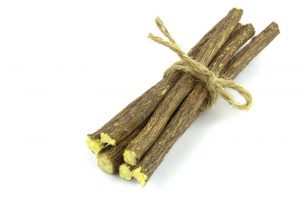 A 2018 review published in Phytotherapy Research journal provides a useful roundup of all studies into various proposed health benefits of liquorice.

In regard to reflux – a 2012 study in the Complementary and Alternative Medicine journal showed that an extract of Glycyrrhiza glabra (liquorice plant) was found to be effective against functional dyspepsia – heartburn, nausea, indigestion and stomach pain.

A 2013 study also associated low doses of pure glycyrrhetinic acid obtained from the herb liquorice (in combination with other therapies) substantially improves symptoms in patients with nonerosive reflux disease without increasing side effects or worsening tolerability or compliance.

While a 2018 study found that a herbal formula containing deglycyrrhizinated liquorice (as well as Slippery Elm and Peppermint Oil) led to significant improvement in symptoms of gastric and intestinal irritation. In addition, these improvements were consistently reported as better than commonly used antacids. Researchers concluded that the herbal formula may be a better alternative than acid-suppressive drugs for people suffering with gastric irritation and GERD.

For most people, liquorice found in foods is safe to eat but glycyrrhizic acid has been linked to headaches, swelling, sodium retention, loss of potassium and high blood pressure.

According to a report in the New England Journal of Medicine, a construction worker in the US state of Massachusetts died in 2020 after eating one-and-a-half bags of black liquorice every day.  It concluded that glycyrrhizic acid led to ‘hypertension, hypokalemia, metabolic alkalosis, fatal arrhythmias, and renal failure in the man.

The NHS advises that you should avoid eating large amounts of black liquorice over a short space of time.

Health experts advise you to take a deglycyrrhizinated form of licorice to relieve digestive discomfort.

Apple cider vinegar is made by mixing chopped-up apples with water and sugar, then allowing the mixture to ferment, turning some of it into acetic acid.

It is often linked with a whole host of potential health benefits, including digestive disorders and indigestion, and many people swear that drinking a tablespoon of apple cider vinegar with water can help relieve their heartburn.

You can also buy apple cider tablets and capsules

How does it work?

Theories say that consuming apple cider vinegar before a meal can counteract alkaline substances in the diet and that the acidic nature of the vinegar aids digestion by helping break down fats. 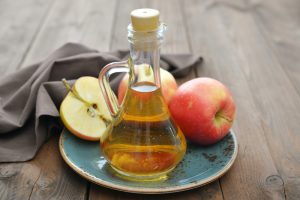 Apple cider vinegar is highly acidic, which can damage tooth enamel and might lower blood sugar levels in people with diabetes. It has also been reported that apple cider vinegar consumed in high quantities may interact with certain medications, making adverse reactions more likely.

One study also reported that a 28-year-old woman who ingested large amounts of cider vinegar regularly for six years had a deficiency of potassium in her bloodstream, abnormally high concentration of renin in the blood and lower bone density.

A 2016 study did find that the ingestion of organic vinegar appeared to alleviate heartburn symptoms for some individuals, however, the effect seemed to last only for the first 60 to 75 minutes. However, the vinegar trials did not show significant alleviation of the heartburn sensation

Previous ‘reflux and natural remedies’ blogs include Ginger and Baking Soda, as well as Manuka Honey and Aloe Vera, and Slippery Elm and Kefir.