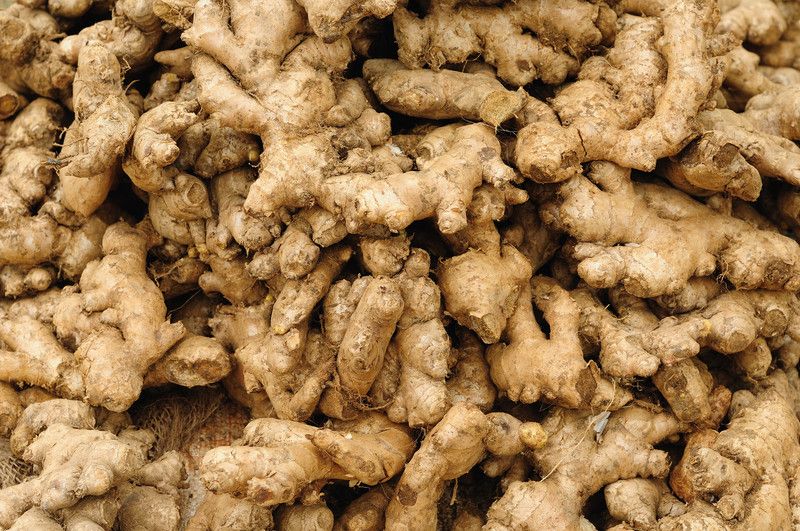 Can Ginger or Baking Soda help with your reflux symptoms?


Many patients will take medication for reflux, such as proton pump inhibitors (PPIs), for long periods of time without understanding the risks.

Ginger is the common name for the whole or cut underground stems (rhizome) of the Zingiber officinale plant. Typically, ginger is obtained by drying and powdering the rhizome.

It is commonly used by people to help treat various types of digestive issues, such as morning sickness (nausea and vomiting in pregnancy), heartburn, dyspepsia (indigestion), digestive function and irritable bowel syndrome.


How do people ‘take’ ginger?

Ginger can be used as a spice, fresh or dried and ground to a powder. Some people drink ginger tea, eat ginger-flavoured foods or mix a ¼ teaspoon of ginger root powder into water. You can also buy dried ginger root tablets.

The exact way ginger acts on the stomach and digestive system is not fully known, but it is thought to work by blocking certain receptors for the hormone 5HT3, known as serotonin, which are involved in the contraction of the smooth muscles inside the stomach and gut. When serotonin attaches to these receptors it causes nausea and vomiting.

According to the Committee on Herbal Medicinal Products (HMPC) at the European Medicines Agency, ginger can be used in adults to treat the symptoms of mild complaints affecting the stomach or gut (including bloating and flatulence).

Ginger is also recognised by the US Food and Drug Administration as a food additive that is “generally recognised as safe”.

In high doses, ginger may cause mild heartburn, irritation of the mouth, stomach upset, belching, and nausea.


Several studies have found ginger to be effective in the prevention of nausea and vomiting.

One study in 2008, also found that ginger effectively accelerated gastric emptying and stimulated antral contractions (speeding up emptying of the stomach and improving contractions in the antrum lower end of the stomach to prevent abdominal bloating, pain and nausea).

One study has claimed that the Traditional Chinese Medicine method of using the ginger-containing formula Wendan decoction is superior at reducing the symptoms of dry throat, heartburn and throat discomfort in patients to treatment by Omeprazole.

In 2016, one research paper identified that in the first trimester ginger might improve nausea and vomiting in pregnancy or stop vomiting for one in three women at six days.

While a 2020 study suggests that ginger can improve gastric myoelectrical activity (electrical signals related to contractions of stomach muscles) with cancer patients reporting improvement in symptoms, such as nausea and reflux-like symptoms.

A further 2020 study found that a supplement of ginger combined with the mint-like herb perilla resulted in a significant reduction of symptoms including heartburn, gastric reflux and nausea.

Bicarbonate of soda, or baking soda, is an alkaline salt composed of sodium ions and bicarbonate ions. Some people dissolve a teaspoon of baking soda in cup of water to alleviate their reflux symptoms.

It is often dissolved in water as a natural antacid remedy – relieving symptoms by neutralising the acidic contents of the stomach. It is thought that baking soda mimics the same effects as natural sodium bicarbonate production in the body, helping to prevent stomach acid from backing up in the oesophagus and reducing the risk of long-term oesophageal damage.

Sodium bicarbonate comes as a tablet and powder to take by mouth.

Omeprazole – a proton pump inhibitor – and sodium bicarbonate is a combination medicine often used to treat heartburn and other symptoms of gastroesophageal reflux disease.

Sodium bicarbonate has been described as a quick-acting antacid that provides temporary relief for symptoms, including heartburn, indigestion and upset stomach. Alka-Seltzer, the well-known effervescent antacid and pain reliever, contains bicarbonate of soda.

According to the NHS, sodium bicarbonate should no longer be prescribed alone for the relief of dyspepsia but it is present as an ingredient in many indigestion remedies.

A 2018 study concluded that omeprazole/sodium bicarbonate therapy is not more effective than omeprazole in the treatment of gastroesophageal reflux disease. However, data suggests that it can have a more sustained response and sustained total relief.

Side effects of consuming baking soda can include gas, nausea, increased thirst, headache and abdominal cramps. It should not be used it if you’re following a low-sodium diet.

A 2012 study warned that misuse of baking soda can result in serious electrolyte and acid/base imbalances.

Previous ‘reflux and natural remedies’ blogs include Liquorice and Apple Cider Vinegar, as well as Manuka honey and Aloe Vera and Slippery Elm and Kefir.