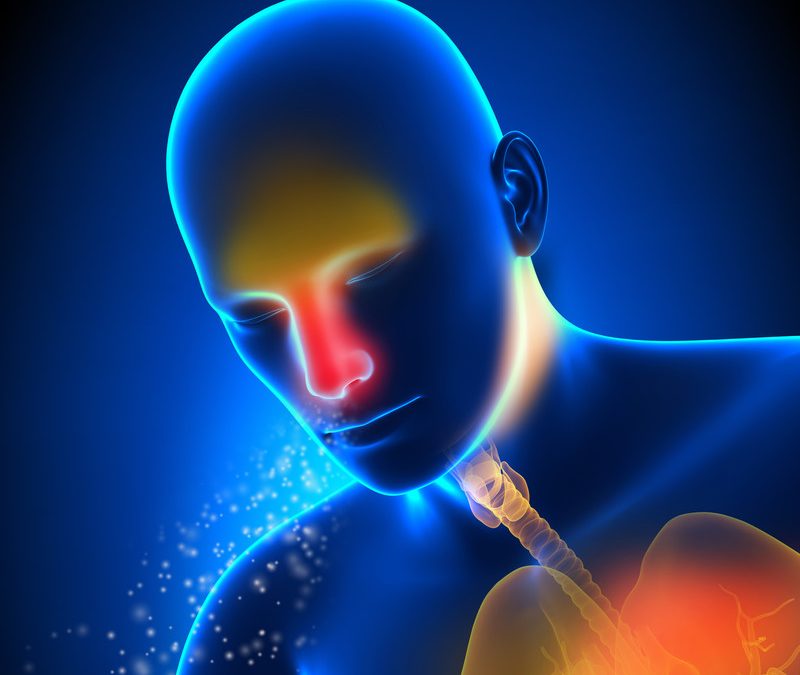 Pepsin has been identified as a biomarker of gastric reflux into the oesophagus, airways and lungs, and had been detected in saliva, sputum and secretions from the trachea, lung, nose, middle ear and exhaled breath drops.

In addition to its use as a diagnostic biomarker, pepsin has been shown to cause inflammation independent of the pH of the refluxate (the gas or liquid refluxed) and, therefore, despite acid suppression therapy.

RD Biomed’s Professor Peter Dettmar explains: “Proton pump inhibitors (PPIs) are the most prescribed therapy for gastro-oesophageal reflux disease (GORD). However, the efficacy of PPIs for the treatment of airway reflux, including laryngopharyngeal reflux (LPR), is poor.”

“Studies are underway to develop a new therapeutic for airway reflux which specifically targets pepsin. There are two mechanisms by which one can target pepsin – irreversibly inactivate the enzyme to prevent it from becoming reactivated and via a receptor antagonist to prevent receptor-mediated uptake of pepsin.”

Receptor-mediated uptake of non-acid pepsin, as in non-acid extra-oesophageal reflux (EOR) reflux events, is not prevented by acid suppression therapy since pepsin appears to either become reactivated inside cells with lower pH or causes a chemical reaction following activation of the cell surface receptor. A receptor antagonist or irreversible inhibitor is needed to prevent this.

A paper on the role of pepsin as a biomarker, mediator and therapeutic target for reflux and aspiration – co-authored by Professor Dettmar – has been published in Annals of the New York Academy of Sciences, one of the oldest scientific journals and frequently cited multidisciplinary journals worldwide.