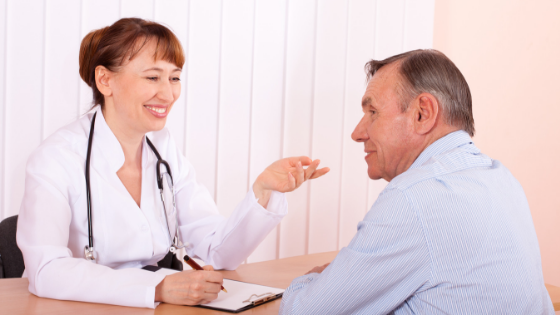 Reflux disease is often difficult to diagnose because its symptoms can vary from person to person, as well as in severity and frequency.

Traditional non-invasive tests for diagnosing reflux have included questionnaires. They are convenient and useful for building up a picture of a patient’s symptoms and whether any treatment is having an effect or not.

The Reflux Symptoms Index (RSI) and Reflux Disease Questionnaire (RDQ) are two of the most commonly used questionnaires and have been well validated.

The RSI was invented at Wake Forest Medical School in the US by Belafsky, Postma and Koufman and the RDQ was invented by Astra Zeneca. 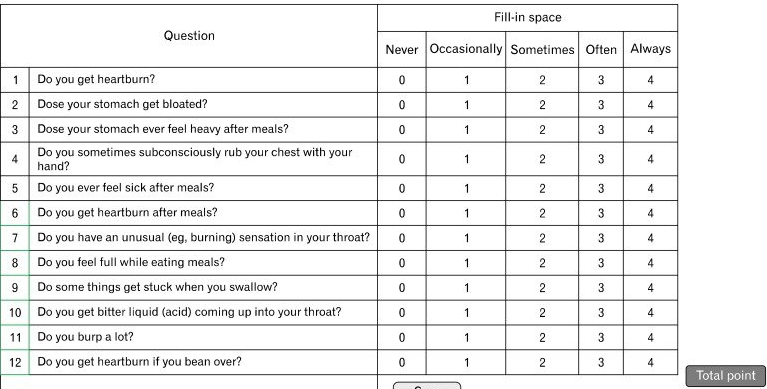 The Reflux Symptoms Index is a scoring system based on how many symptoms of reflux disease a person has, and how troublesome those symptoms are.

The RSI’s scoring system includes nine questions and uses a scale of 0 (no problem) to 5 (severe), with a maximum total score of 45. A total score of 13 or greater is considered significant and suggests a positive case of LPR.

The Reflux disease Questionnaire was developed as a 12-item self-report questionnaire measuring the frequency and severity of upper gastrointestinal symptoms (heartburn, regurgitation and epigastric pain) over a week.

It is used for patients with gastro-oesophageal reflux disease (GERD) symptoms and in that role it has proved useful to differentiate between control subjects and patients in clinical studies, control subjects scoring zero compared to patients presenting with GERD who score 12 or greater.

How useful are these surveys?

Questionnaires, such as these, are very useful for identifying symptoms regarded as troublesome by a patient. They are also very helpful for differentiating between different reflux symptoms and ‘irrelevant’ symptoms.

Questionnaires are useful as guides and in clinical practice patients would be asked to complete the questionnaire on each visit while waiting to be examined by the clinician.

But are they always accurate?

Their sensitivity and specificity are considered to be low and only around about 60 per cent. There are also concerns that the RSI may be limited in its scope for diagnosing just LPR.

Previous studies have found that the presence of anxiety and depression impairs the predictive value of the RSI for LPR with exaggerated patient-perceived symptoms and RSI values.

Peptest detects and measures pepsin in expectorated saliva. It can improve the accuracy of reflux diagnosis by complementing questionnaires and invasive diagnostic tests to tailor a more beneficial, appropriate course of medication.

In a recent multicentre study, suspected gastroesophageal reflux disease patients (n=709) over the age of 18 undertook an endoscopy examination during a six-month period.

According to their endoscopy results, patients were classified into two subtypes; non-erosive reflux disease (NERD) and erosive esophagitis (EE). All NERD and EE patients completed the reflux disease questionnaire (RDQ) and those that scored less than 12 were disregarded.

In centres in which patients presented with higher RDQ scores it was reflected in higher Peptest sensitivity.