Reflux and wheezing – how Peptest helped me

Symptoms of Laryngopharyngeal reflux (LPR) – when stomach contents backflow into the airways – can include wheezing, shortness of breath, hoarseness, cough and difficulty swallowing. 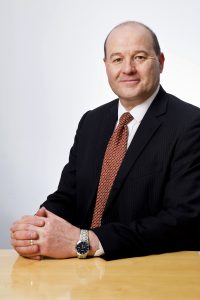 These symptoms are often worse at night, which can have a negative impact on your sleep and leave you feeling tired during the day.

Two years ago, Ian Palmer (pictured), a 57-year-old business consultant from Hull, started wheezing at night and often woke up due to his heavy breathing.

Ian explains: “I’ve always been reasonably fit and healthy, but at the age of 55 I started wheezing and struggled to sleep through the night without waking up. Symptoms that seemed to be worse when I slept on my left-hand side.”

Following a visit to the doctor, Ian was diagnosed with asthma and prescribed an inhaler. However, this only made a ‘marginal difference’ to his symptoms and Ian then, on occasions started to suffer from a shortage of breath.

“I underwent a lung function test and X-rays, which came back clear, and was prescribed a different inhaler and steroids. I also tried standard Gaviscon, as the GP suspected some form of acid-reflux problem. However, three to four months later, my symptoms remained and the shortness of breath started to concern me,” says Ian.

A friend suggested to Ian that his symptoms were often associated with reflux disease and suggested he try Peptest. Peptest is a non-invasive diagnostic for reflux disease – it identifies the presence of the stomach enzyme pepsin in saliva samples – considered a reliable marker for the reflux of gastric juice.

“After taking Peptest, my results showed very high levels of pepsin, especially after my midday and evening meals. I took the results to my doctor, along with a recommendation that I be prescribed Gaviscon Advance. Within the space of a few weeks of taking the prescription, my symptoms of two years pretty much stopped.”

“I can now sleep in any position, am not suffering any shortness of breath and feel so refreshed. I didn’t realise that I had become so tired and am so relieved that something as simple as a saliva test appears to have resolved my problem. I still have a preventative inhaler but at the moment I can’t see me needing it at all in the near future.”