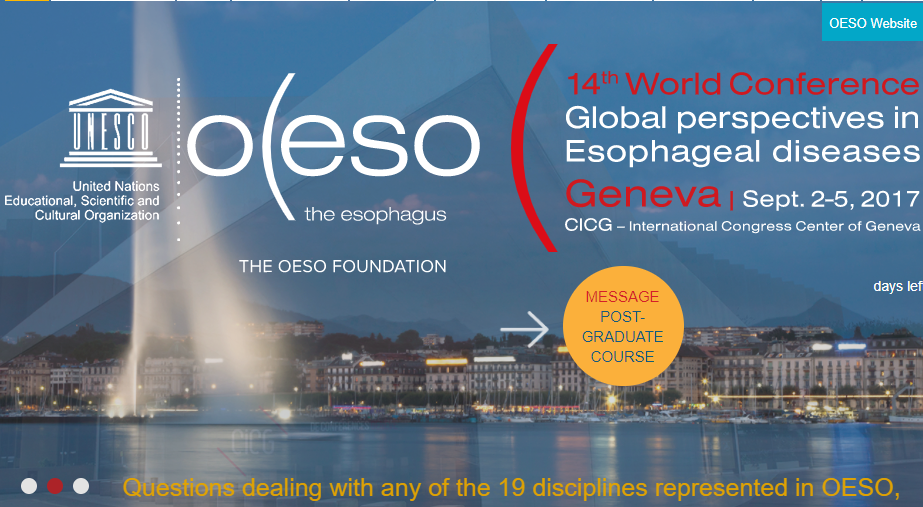 RD Biomed and the Peptest team headed to the OESO 14th World Conference (Global Perspective of Esophageal Disease) in Geneva in early September. 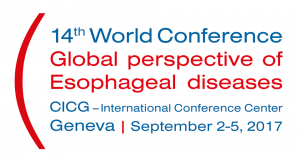 OESO, with more than 14,000 members from 85 countries, is an international assembly of the world’s leading specialists who are all interested in one organ – the oesophagus.

Professor Peter Dettmar was invited as a speaker at the four-day conference, which this year focussed on the theme ‘Global perspectives in oesophageal diseases’. Peter discussed ‘pepsin detection as a first line diagnostic test for airway reflux’.

It is estimated that airway reflux/ laryngopharyngeal reflux (LPR) affects 20 to 40 per cent of the western population.

Peter explained during his presentation that the stomach enzyme pepsin is present in all refluxate in contrast to other gastric components, such as acid or bile acids. Peptest is a simple non-invasive and rapid diagnostic test that enables rapid detection of pepsin in expectorated saliva (or other sources of refluxate).

The advantages of Peptest include, that it:

So, in patients with symptoms suggestive of GERD (gastro-oesophageal reflux disease), LPR and respiratory disorders, salivary pepsin analysis can complement the use of questionnaires and office-based reflux diagnosis. Thus, lessening the use and dependency on invasive and expensive diagnostics tests.

Peter says: “The OESO conference was well attended and there was a lot of interest in the session on LPR and in my presentation which resulted in some interesting questions and discussion from the clinicians attending.”