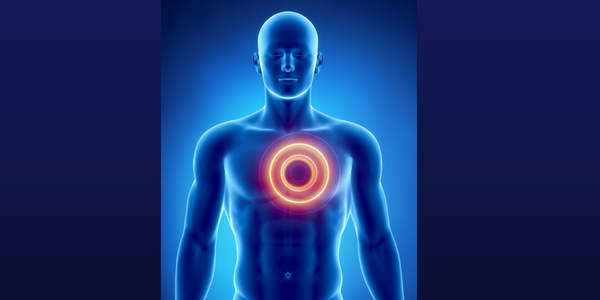 Peptest has been successful in helping distinguish between heart-related chest pain and pain due to gastrointestinal problems at a hospital in Italy.

A study into using Peptest in emergency departments for patients with chest pain was undertaken by the Gemelli University Hospital in Rome.

Gastroesophageal reflux disease (GERD) is a common digestive disorder characterised by sharp or tender pain in the chest that mimics heart-related problems and, often, people can present these symptoms in a hospital’s A&E department.

The aim of the pilot study was to prove the efficacy of the Peptest rapid tool for detecting pepsin in saliva in patients coming to the hospital with chest pain.

The study found that 15 out of 20 patients resulted positive to pepsin.

One out of those 15 resulted positive to cardiac ischemia (not having enough blood through the coronary arteries – linked to heart disease as well as heart attacks), showing a positive predictive value in the exclusion of cardiac ischemia of the Peptest of 93 per cent.

Among the five negative patients, only one was positive for cardiac ischemia, with a negative predictive value of Peptest of 80 per cent.

Nine out of the 20 patients were already diagnosed with GERD and all of them resulted positive to Peptest. All these patients resulted negative for cardiac ischemia. Ninety per cent of all patients were discharged.

According to the researchers, the study shows that Peptest has demonstrated a high positive predictive value for the exclusion of cardiac problems in patients with a recent development of chest pain admitted to emergency departments, confirming that most of chest pains are due to gastrointestinal problems, in particularly GERD.

All nine patients with well-known GERD were positive to Peptest and negative for cardiac ischemia.

The positive result of Peptest permitted six new diagnoses of GERD and allowed doctors to discharge patients with an adequate therapy for reducing the pain.

The study was undertaken by the Gemelli University Hospital in Rome and presented at the 24th Italian Society of Digestive Diseases Congress (FISMAD 2018) by Dr Veronica Ojetti on 23 March 2018.

The study “How use of the Peptest tool in patients admitted for chest pain in the emergency department: a pilot study” was recently presented at a key European conference on digestive diseases in Italy – the 24th Italian Society of Digestive Diseases Congress (FISMAD 2018) in March.