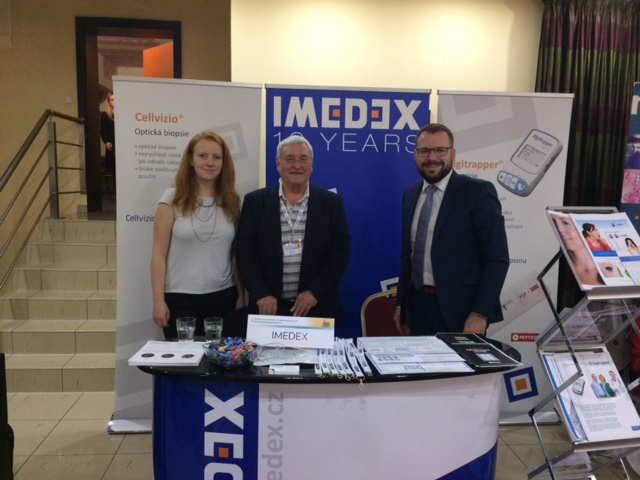 RD Biomed and the Peptest team headed to the Czech Republic’s largest pulmonary disease conference in Pilsen in early November.

Professor Peter Dettmar presented Peptest and its significance in diagnosing reflux disease at the conference. It is estimated that airway reflux/ laryngopharyngeal reflux (LPR) affects 20 to 40 per cent of western population.

Pepsin is present in all refluxate in contrast to other gastric components, such as acid or bile acids. It is also considered as a sensitive and specific biomarker for LPR and respiratory disease.

At the conference, Peter and RD Biomed’s laboratory manager Andrew Woodcock also met up with the Imedex s.r.o team – our exclusive distributor in the Czech Republic – and industry colleagues, including Professor Milos Pesek.