Pepsin – A Reliable Marker for Reflux. 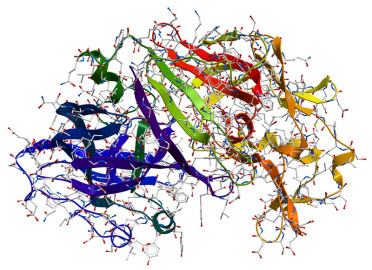 Peptest™ permits the non-invasive, pH independent identification of patients suffering from gastric reflux. Peptest works by detecting pepsin in clinical samples obtained from the upper digestive tract and the respiratory system. The presence of pepsin in these samples is a reliable marker for the reflux of gastric juice as gastric refluxate.

Have you ever wondered what Pepsin is and why it is such a good marker for reflux? First we should understand what is gastric refluxate?

When reflux occurs the contents of the stomach are “forced” up into the oesophagus and potentially above the upper oesophageal sphincter into the larynx and airways. The constituents of this reflux could include some or all of the following:

The oesophagus lining isn’t the same as that of the stomach and isn’t able to cope with pepsin, acid and other stomach enzymes and hence it is easily injured. It is this reflux of pepsin and acid into the oesophagus that produces the symptoms and potential damage to the oesophagus and other areas that is associated with reflux disease.

Pepsin – A Marker for Reflux

Detection of pepsin in the refluxate is an appropriate objective clinical measurement tool because it specifically detects the damaging component of gastric refluxate. Importantly, the pepsin enzymes that are detected by Peptest are only ever produced (and found) in the stomach, so we know that if we find them in samples produced from other parts of the body the only mechanism by which that would be possible is Reflux of gastric contents. We know that if pepsin is being refluxed then some or all of the other components of gastric refluxate will also be refluxed.

From studies we know that pepsin is in patients with clinically diagnosed Gastro-oesophageal reflux (GORD) and laryngopharyngeal reflux (LPR), but not in normal control subjects.

Human pepsin is maximally active in acidic conditions at pH 2.0 and inactive at pH 6.5. However pepsin remains stable and is not irreversibly inactivated until pH 8.0. This is clinically important, because pepsin-detected in a patient with reflux-attributed injury or disease could sit inactive or dormant and have the potential to be reactivated following a decrease in pH (such as reflux event or acidic drink).

It is a protease originating from pepsinogen secreted into gastric juice from chief cells and is only found in the stomach. Your body produces Pepsin to break down protein and is the enzyme responsible for the crude digestion of protein in the diet. It is a major component of gastric refluxate and is made up of a family of isoenzymes of which pepsin 3 complex is the most abundant making up approximately 80% of the pepsin in the human stomach.

Pepsin is mainly active in acidic conditions between pH 2 to pH 4 but can remain active up to pH 6.5, it is not denatured until around pH 7.8. It is a major aggressive agent responsible for damaging oesophageal and laryngeal tissue during reflux. If it is found outside of the stomach you are suffering from Reﬂux.