Gastroparesis means paralysis of the muscles of the stomach and is a chronic condition where the stomach can’t empty itself in the normal way and food passes through more slowly than usual.

What are the symptoms of gastroparesis?

The following symptoms can be sporadic and range from mild to severe.

It can be caused by damage to the vagus nerve – a large nerve originating from the brain that regulates the digestive system.

People with gastroparesis have what is a called a low vagal tone which leads to gastrointestinal motility problems and inflammation.

Diabetes can also damage the vagus nerve if blood glucose levels remain high over a long period of time.

Some medications have also been associated with causing gastroparesis.

How can you test for gastroparesis?

Gastroparesis is diagnosed if more than 10 per cent of food is still in your stomach four hours after eating. 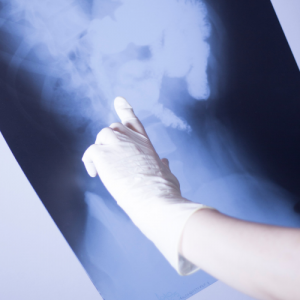 Endoscopy – a thin, flexible tube called an endoscope is used to look inside the oesophagus, stomach and first part of the small intestine.

Wireless capsule test – a capsule with a tiny wireless transmitter is swallowed, which transmits information about the movements and contents of the gut to an external device.

How is it linked to reflux disease?

The delay in gastric emptying of your stomach contents can lead to prolonged gastric retention of food that may have a propensity to reflux – i.e because food doesn’t always pass into the small intestine as it should, it goes upwards into the oesophagus.

Experts say that in a patient with GORD/ GERD,symptoms of heartburn, other gastrointestinal symptoms such as nausea and vomiting suggest that the patient may also have gastroparesis.

Professor Peter Dettmar says: “The evidence points to gastroparesis and reflux being closely associated with delayed gastric emptying increasing both acid and pepsin levels available for reflux into the oesophagus and the airways.
Pepsin is a sensitive biomarker of reflux detectable by the reflux diagnostic device Peptest.”