Changing ‘how you eat’ could help your reflux 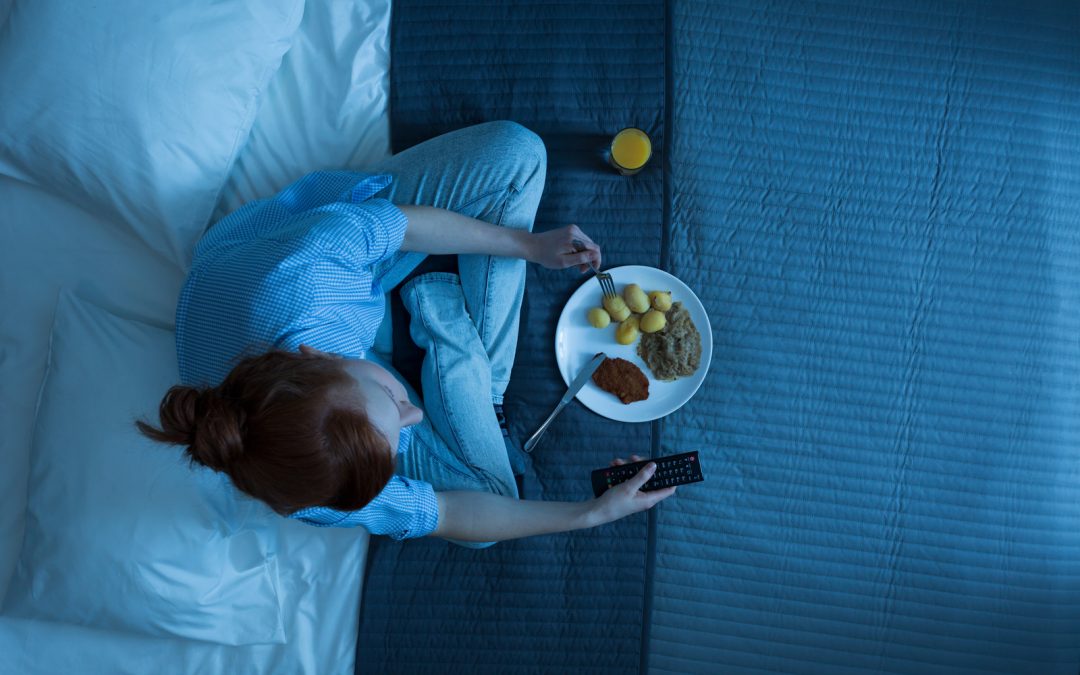 Modifying your diet and thinking about the types of food you eat can play a significant role in alleviating reflux symptoms.

But experts say that it’s not just about what you eat, but HOW you eat that can lead to problems.

Eating before you go to bed

During normal digestion, food goes down the oesophagus (the tube at the back of your throat) through a muscle or valve known as the lower oesophageal sphincter (LOS or LES), and into the stomach.  Because your stomach takes a few hours to empty after a meal, there is the increased risk that when you are lying down flat, it is easier for stomach contents to rise back into your oesophagus and up into the airways.

Tip: Refrain from eating within three hours of going to sleep

Fast eating, not just fast food, can increase the risk of reflux after meals. When you eat food too quickly, you won’t be chewing it properly. Chewing food in your mouth helps to break down larger particles of food into smaller particles. Eating quickly will make it more difficult to digest your food and the digestive process will take longer and gastric emptying will be slower resulting in higher concentrations of acid and pepsin remaining in the stomach for a longer period and, in turn, more available for reflux.

One research study found that the intake of a standard meal within five minutes was associated with more reflux episodes than an intake within 30 minutes.

Tip: Eat slowly by taking time between bites – make a point of putting your fork down.

It is known that high-fat foods can lead to an increase in reflux symptoms, but the size of a meal can influence problems, too. A heavy meal can put pressure on the LOS and stop it from working properly. Too much food can also cause the digestive process to take longer leading to higher concentrations of both acid and pepsin being present in your stomach and the increased pressure caused by the presence of the heavy meal may cause this to escape up into the oesophagus and the airways.

Wearing tight clothes while eating
Tight clothing, such as a belt fastened too tight, skinny jeans or body-shaping underwear, can put strain on the lower oesophageal sphincter. One research study associated wearing a waist belt with ‘displacement’ of the junction between stomach and oesophagus, which moved higher up in the oesophagus and increased reflux symptoms.