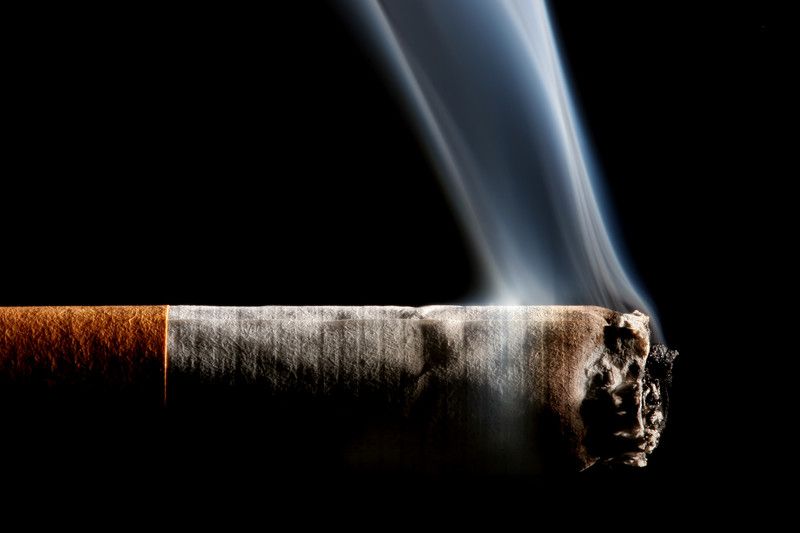 Cigarette smoking has been linked to an increase in symptoms of gastroesophageal reflux, such as heartburn and acid regurgitation.

But what is the connection between smoking and reflux?

It’s fair to say that there are several theories, so let’s look at some of the more frequently made claims.

“It’s the nicotine”
It has been suggested that nicotine, the chemical stimulant in tobacco, relaxes the lower oesophageal sphincter – the valve between the stomach and the oesophagus. A weak stomach valve enables stomach contents to travel back into the oesophagus.

In 1972, researchers found that ‘smoking a cigarette invariably caused a fall in sphincter pressure’ among patients. While a 1990 study identified cigarette smokers had significantly lower oesophageal sphincter pressure compared with non-smokers, although the sphincter was not further compromised by acutely smoking cigarettes.

Reduced salivation during or immediately before sleep has been linked to increased reflux symptoms. Saliva has also been found to protect oesophageal mucosa against refluxed gastric contents.

“It can stop you swallowing effectively”

Smoking is said to adversely affect stimulation of the pharyngo-UOS contractile reflex and pharyngeal reflexive swallow – according to a 1995 study. These reflexes enhance the physical barriers against entry of refluxate into the throat.

Tobacco smoke contains toxins and chemicals that can irritate the cells that make up the lining of the oesophagus, which can increase the chances of cancer. An estimated 66 per cent (63 per cent in males and 71 per cent in females) of oesophageal cancers in the UK are also linked to tobacco smoking.

Studies have shown that smokers have decreased gastric motility (digestion) which means the stomach takes longer to empty.

A 2015 study revealed that stopping tobacco smoking led to reflux symptoms improving from ‘severe’ to ‘no or minor complaints’ in a group of patients.

Although research on how exactly reflux and smoking are connected is not conclusive, it’s safe to say that smoking is harmful.

Smoking is the biggest cause of preventable deaths in England, accounting for more than 80,000 deaths each year, according to the NHS. One in two smokers will die from a smoking-related disease.