Mucus in the throat and reflux 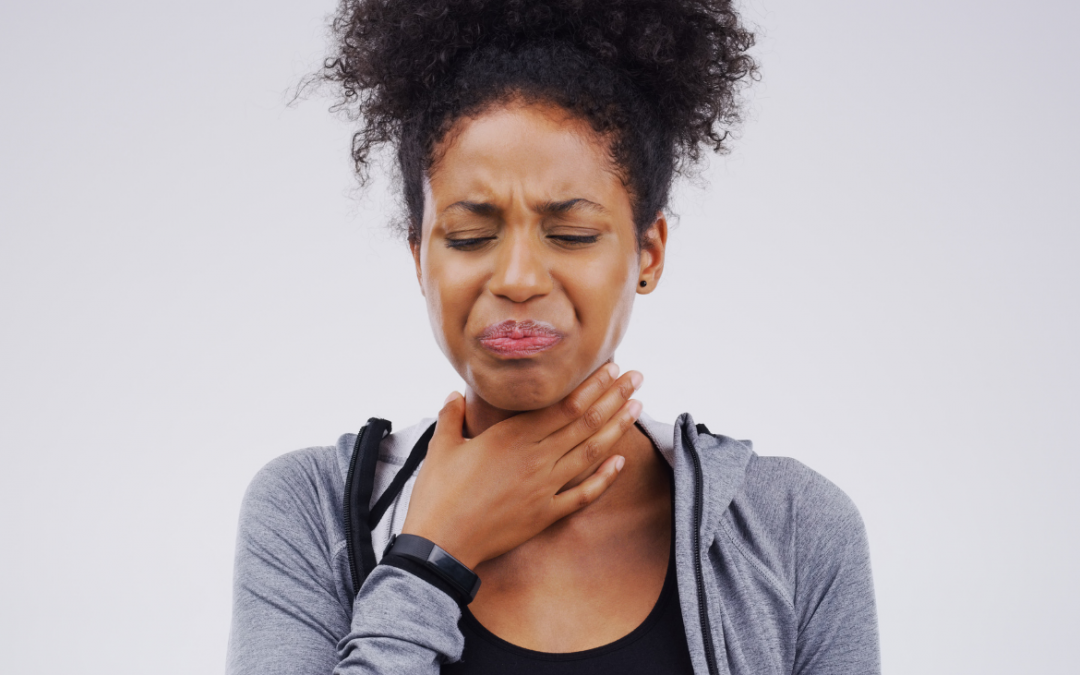 “Help – I’ve got a feeling of too much mucus collecting in the throat that I can’t clear – could this be caused by reflux?”

Excess mucus in the throat is frequently cited as a common symptom of patients who are later diagnosed with reflux disease. Let’s take a look at what mucus is and what might be happening.

Mucus is a sticky (viscoelastic) substance that covers all mucosal membranes of humans. These mucous membranes cover the surface of internal organs and consists of one or more layers of epithelial cells.

The body is constantly producing mucus – it is crucial for the functioning of several organs and the immune system and can help protect our bodies from infections.

In different parts of the body, mucus is produced in a different way.

In addition to acting as lubricants and protecting wet epithelial surfaces from dehydration, these mucus systems also serve as a host environment for the gut microbiome, regulate the passage of molecules and
food particles toward the tissue in the gastrointestinal tract.

Submucosal glands in the oesophagus and airways produce mucus, which keeps the passageway moist and makes swallowing easier. However, the mucus produced does not form an intact layer on the oesophageal epithelium.

In the stomach, mucous cells are found throughout the stomach lining and gastric pits secrete mucus to protect the stomach from its own digestive secretions forming a continuous and intact mucus layer covering the gastric epithelium. Every five hours, the stomach’s sloppy mucus layer turns over due to eating and drinking that disrupts this layer. The goblet cells will produce new mucus and the old mucus is passed into the lower gastrointestinal tract.

What causes too much mucus?

Excessive mucus can be the result of an irritation, allergy or infection. For example, infections such as the flu, acute bronchitis, pneumonia, or even asthma can cause your airways to make extra mucus. While a cough that produces mucus can sometimes occur in response to irritation from an allergen or irritant.

This mucus will collect or build up and go into the back of the throat, before it empties out down the oesophagus into the stomach, where it is eventually cleared out of the body.

If people have a lot of mucus in their mouth and their throat, it is highly likely to be related to a respiratory issue and is typically the result of an irritation.

Why is excessive mucus a symptom of reflux?

Irritation could also be caused by a reflux event which contains pepsin, an aggressive digestive enzyme that can cause irritation to the mucosal surface of the oesophagus.

During reflux, pepsin is refluxed to the extraoesophageal areas where it adheres to the epithelium cells.

If it gets into the lungs and the respiratory system, or if pepsin goes higher above the upper oesophageal sphincter, it can result in airway reflux. When the lungs or oesophagus are irritated, they will potentially produce more mucus as a form or protection.

So, in theory, the mucus could be coming from two different directions. It is refluxed up the gastrointestinal tract into your oesophagus and into your airways, or alternatively it could be produced higher up in the lungs and enters into your throat/mouth.

Mucus is more often associated with airway reflux or laryngopharyngeal reflux than with gastro-oesophageal reflux and symptoms of heartburn.

Will mucus look different if it is caused by reflux?

It can be quite difficult for someone to tell whether mucus is very watery or very thick. If it’s gastric mucus or from the colon that has been refluxed all the way up, it tends to be quite viscous. If it’s a more watery type of mucus – akin to human saliva – then it is likely to be from the respiratory system and the lungs.

As we’ve highlighted, a feeling like there is excess mucus in the throat may or may not be due to reflux – there’s no one size fits all!

Peptest is a simple reflux diagnostic test that detects the presence of pepsin in saliva and sputum samples.

If you have a positive pepsin result this indicates that reflux has occurred and the reflux should be treated appropriately. You will be given a reading of the concentration of pepsin and this can be used for discussion with your doctor about what treatment is necessary.

However, a negative pepsin result can be equally as important, especially for patients with symptoms that are similar to other conditions.

If symptoms persist and reflux has been ruled out by a negative Peptest result, an ENT (Ears, Nose and Throat) specialist can help you investigate your problem further.