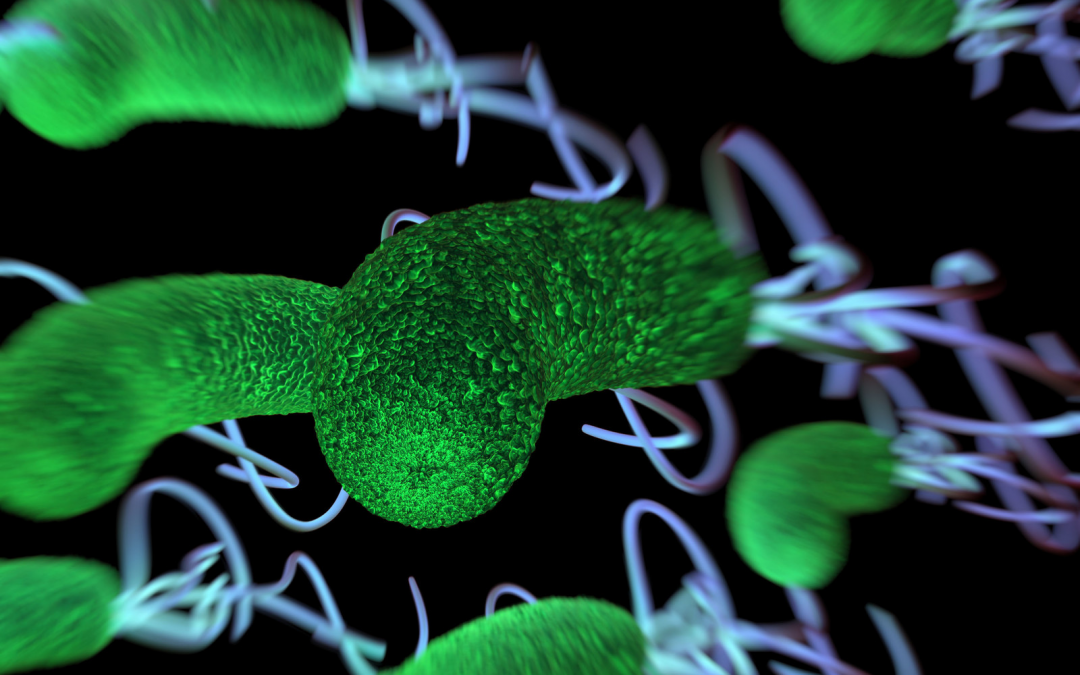 Is there a connection between Helicobacter pylori and gastro-oesophageal reflux disease (GERD)?

Some suggest that people with H. pylori are less likely to have GERD, whereas some are concerned that H. pylori can lead to an increase in reflux symptoms.

Let’s take an at-a-glance review of what is certainly a complex subject.

What is H. pylori and how do we get it?

Helicobacter pylori (shortened to H. pylori) is a type of bacterium or germ which lives in the mucus lining of the stomach.

H.pylori is shaped like a corkscrew and is just three microns long – that’s about 0.003mm.

It is thought to spread through contaminated food and water, or through direct mouth-to-mouth contact.

H.pylori infections are common – the Centers for Disease Control and Prevention (CDC) estimates that approximately two-thirds of the world’s population harbours the bacterium.

However, in the UK only around 20 per cent of the population have H. pylori  present and this often runs in families.

How do I know if I have H. pylori?

Most infected people – more than 70 per cent – are asymptomatic.

A ‘Helicobacter Pylori Breath Test’ is a simple way to determine whether or not you have an infection. Breathe down a straw into two tubes before drinking 200ml of water containing a sachet with a mixture of citric, tartaric and malic acid.

Then drink 50ml of water containing Urea. After a 30-minute wait, patients breathe down a straw into two more tubes.

What problems can H. pylori cause?

Many people with it in their stomach don’t have any signs or symptoms.

However, in some people, the bacteria can irritate the stomach lining and make it more vulnerable to damage from the stomach acid.

H.pylori weakens the protective mucus coating of the stomach and duodenum which allows acid to go through to the sensitive lining beneath.

H.pylori are strongly associated with causing peptic ulcers – sensitive patches in the lining of the gastric epithelium. The bacteria damage the mucus coating that protects the lining of the stomach and duodenum, allowing stomach acid and pepsin to cause irritation and damage.

A study in Digestive and Liver Disease found that around 60 per cent to almost 100 per cent of peptic ulcers are associated with H. pylori.

In patients who do present with peptic ulcer and or gastritis, ‘Triple Therapy’ is often used to eliminate the H.pylori infection and this consists of a minimum of seven days treatment with a combination of a PPI, an antibiotic and bismuth.

An H. pylori infection can sometimes cause recurring bouts of indigestion and gastritis, as the bacteria can cause inflammation of the stomach lining.

How is it treated?

Alongside antibiotics, medication used to treat the bacteria include proton pump inhibitors (PPIs) which inhibit and suppress acid production, such as omeprazole, lansoprazole, rabeprazole, esomeprazole or pantoprazole.

So, what is the connection with reflux disease?

Many studies have shown that H. pylori does not cause GERD itself and that treatment for the bacteria does not reduce symptoms of reflux disease.

The consensus appears to be that H. pylori should not be treated with the intent to either improve reflux symptoms or prevent the development of reflux complications.

However, experts have proposed the hypothesis that declining infection rates of H. pylori in the general population have led to a rise in the occurrence of gastro-oesophageal reflux disease and associated oesophageal adenocarcinoma.

A recent study suggests H. pylori eradication may lead to the development of new erosive GERD. However, eradication of H. pylori may affect neither the healing rates nor relapse rates of pre-existing GERD.

Meanwhile, some researchers suggested that H. pylori and GERD seem to have, in any case, a ‘friendly’ relationship, although it may be transformed into one of ‘hate’ when proton pump inhibitors (PPIs) enter the scene.

A 2001 Korean study suggested that H. pylori may have a protective role against gastroesophageal reflux disease.

The association between H. pylori infection and gastro-oesophageal reflux disease remains somewhat controversial although the general consensus is that if an individual has H.pylori infection and no peptic ulcer or gastritis it should not be eliminated as there is good clinical evidence that in cases where it has been eliminated the individual is more susceptible to developing reflux disease (GERD).